Home
\
Buchpublikationen
\
Jacob Edmond: Make It the Same – Poetry in the Age... 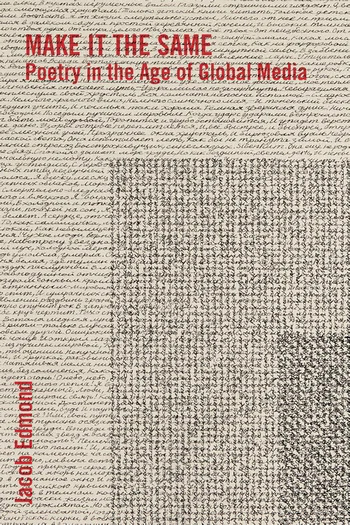 Jacob Edmond: Make It the Same – Poetry in the Age of Global Media

The world is full of copies. This proliferation includes not just the copying that occurs online and the replication enabled by globalization but the works of avant-garde writers challenging cultural and political authority. In Make It the Same, Jacob Edmond examines the turn toward repetition in poetry, using the explosion of copying to offer a deeply inventive account of modern and contemporary literature.

Make It the Same explores how poetry—an art form associated with the singular, inimitable utterance—is increasingly made from other texts through sampling, appropriation, translation, remediation, performance, and other forms of repetition. Edmond tracks the rise of copy poetry across media from the tape recorder to the computer and through various cultures and languages, reading across aesthetic, linguistic, geopolitical, and technological divides. He illuminates the common form that unites a diverse range of writers from dub poets in the Caribbean to digital parodists in China, samizdat wordsmiths in Russia to Twitter-trolling provocateurs in the United States, analyzing the works of such writers as Kamau Brathwaite, Dmitri Prigov, Yang Lian, John Cayley, Caroline Bergvall, NourbeSe Philip, Kenneth Goldsmith, Vanessa Place, Christian Bök, Yi Sha, Hsia Yü, and Tan Lin. Edmond develops an alternative account of modernist and contemporary literature as defined not by innovation—as in Ezra Pound’s oft-repeated slogan “make it new”—but by a system of continuous copying. Make It the Same transforms global literary history, showing how the old hierarchies of original and derivative, center and periphery are overturned when we recognize copying as the engine of literary change.

Jacob Edmond is associate professor in English at the University of Otago, New Zealand. He is the author of A Common Strangeness: Contemporary Poetry, Cross-Cultural Encounter, Comparative Literature (2012).

Make It the Same rebuts the notion that formal word-games are a decadent first-world hobby. It is an empirically broad, thoughtfully constructed, well-written, timely book about an important subject: a technical „mode of production“ prominent in contemporary poetry, with its effects on content and reception.
– Haun Saussy, author of The Ethnography of Rhythm: Orality and Its Technologies

Make It the Same offers a global perspective on cultural iteration, triangulating English-language poetry with Russian and Chinese practices. Edmond immediately underscores the unintended irony with which those in the United States speak of „the poetry world“ to mean precisely the opposite of the global: a micro, naval-gazing echo chamber. Given how parochial literary communities around a genre can be, this is an especially important contribution to literary studies.
– Craig Dworkin, author of No Medium

With its revisionist echoes of Pound’s ‘make it new,’ Make It the Same is theoretically generative for thinking about modernist, contemporary, and world literature. Edmond powerfully demonstrates how the new media of repetition have generated a poetics of the same, a ‘copy poetry’ that remixes prior poetries in global trajectories outside Eurocentric, center/periphery literary studies. A path-breaking book for post-1950s literature!
– Susan Stanford Friedman, University of Wisconsin-Madison

Edmond’s book makes a radical contribution to poetry studies. For Edmond, the agent of poetic change is not the individual, but rather the shifting collaboration between technology and politics that produces different kinds of copies. . . . The publication of Make It the Same should be celebrated not only for what the book does well — its subtle analyses of poems, its detailed knowledge of technology, its easy movement between English, Chinese, and Russian — but also for what it makes possible for scholars of poetry to do next.
– Walt Hunter, Los Angeles Review of Books

With great detail, and in an impressive historical and biographical narrative mode, which serves to balance his broad theoretical range, Make It the Same catches and amplifies the nuances of individual poems, setting down supple paraphrases and interpretations based on oftentimes breathtaking levels of attunement to 20th-century and contemporary poetry.
– Martin Dyar, Times Higher Education

An important, fascinating and timely discussion of poetry of the iterative turn.
– Landfall

A fascinating look at what poetry is becoming in the 21st century: it is subversive and regenerating like the tendrils of an octopus, always alive and seeking more ideas.
– Choice 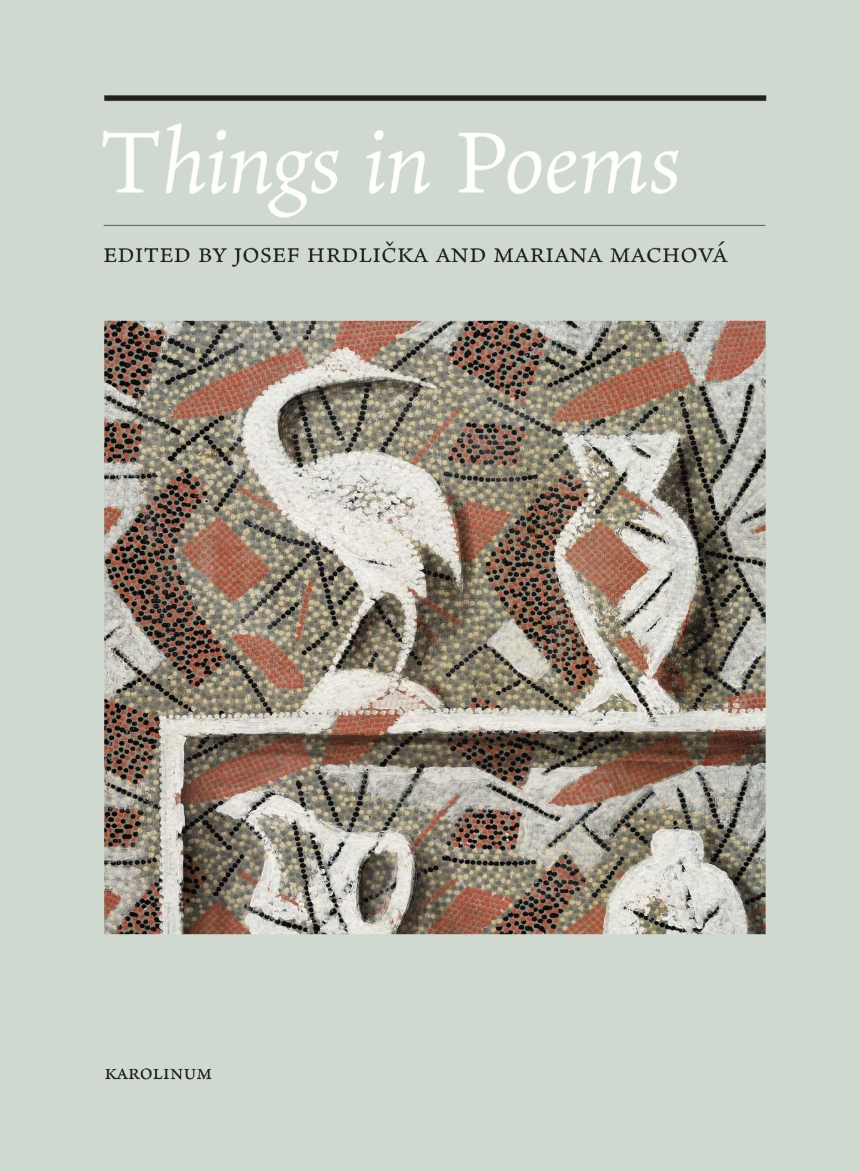